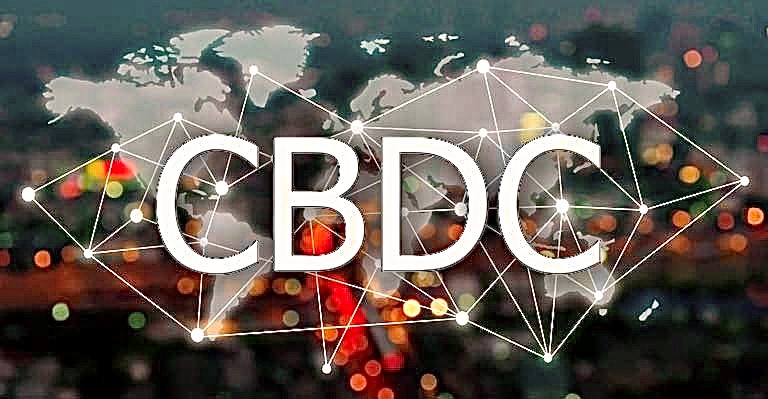 COVID-19 – help or hindrance to the case for digital currencies?

The COVID-19 pandemic has had a marked effect on a variety of well-established norms. Working from home has become the default status for swathes of people, whilst the popularity of online shopping has accelerated to the detriment of physical retail. The changes brought about by the global health emergency are not confined to everyday consumer life, however.

Digital currencies, along with the global appetite for them, have shifted too. November 2020 saw the UK Chancellor Rishi Sunak reaffirm the UK’s commitment to “leading the global conversation on new technologies” including the Central Bank Digital Currencies (CBDCs)[i], whilst the People’s Bank of China started the process of testing its own Digital Currency Electronic Payment (DCEP) having reportedly issued digital Yuan to some 50,000 people across the Shenzhen region in October.[ii]

These developments are quite far removed from the media circus and broad public interest in cryptocurrencies, primarily because they relate to attempts by governments and connected bodies to explore the possibility of central bank digital currencies. The Coronavirus pandemic has prompted a rethink on many areas of public policy, but whilst payment instruments are no exception, it’s difficult to successfully make an argument for immediate movement on the issue of digital currency.

In this article, we review how the COVID-19 pandemic has furthered the case both for and against digital currencies whilst advocating for a slower and more considered approach to this complex area of change.

There can be little doubt that the COVID-19 pandemic has given pause for thought to officials and industry leaders the world over. The global economy is changing, with non-essential close quarters consumer activity having taken a nosedive not least due to the public health restrictions imposed by national governments. In part this has resulted in the further decline of physical money, which a Bank of England quarterly review document showed made up just 3% of the UK’s medium of exchange in 2014 – let alone six years later in the throes of a pandemic.[iii] In an updated disclosure from the UK’s central bank, what quickly becomes apparent is that COVID-19 has “intensified the decline in the transactional use of cash” with figures suggesting that cash withdrawals were down 60% from the previous year by late March 2020.[iv]

At least part of this trend can be attributed to the closure of retail and hospitality outlets, making it harder for consumers to actually spend money. It’s also possible, however, that the decline of cash use can be linked to concerns that bank notes can help to spread the virus.[v] Whilst ultimately it seems that the risk of spreading COVID-19 through the handling of cash is small, it is nonetheless present – lending support to calls for intangible (and therefore virus-free) forms of payment such as CBDCs. What the pandemic has shown is that there is a willingness amongst financial institutions to tailor the administration of payment instruments to reflect current circumstances. The UK’s contactless payment limit took eight years to rise from £10 in 2007 to £30 in 2015 – and yet the limit was adjusted to £45 on 1 April 2020 as a means of discouraging the use of physical cash during the pandemic. There is undoubtedly a gulf between contactless payments and CBDCs, yet changes to the former show that technological challenges should not necessarily be a barrier to the latter.

Further support can be found in arguments that focus on the range of government packages that have been provided to support the public financially through this crisis. The UK’s furlough scheme and others like it have provided citizens with a basic source of income – although not without logistical difficulty. As Dr Phoebus Athanassiou of the Institute for Law and Finance suggests, the use of CBDCs could “streamline and facilitate the process of the transmission of fiscal stimuli”, making it much easier for governments to provide financial support than is currently the case.[vi] In the UK at least, the government has acknowledged that stable coins and CBDCs have the potential to make payments cheaper and faster – which are among the chief concerns of any executor of public financial support policy.

In a similar vein, the devastating effect of COVID-19 on global economies has underscored the problems surrounding the policing of fraud and other forms of illegal financial activity. According to the UK’s HMRC, up to £3.5 billion in Coronavirus Job Retention Scheme payments may have been claimed fraudulently or paid out in error, illustrating the huge potential for error and fraud in matters concerning state support and the public purse.[vii] The argument in favour of CBDCs here stems from the fact that an increase in their use could bring more business activity into the sightline of regulators and therefore into the tax net. This was given credence by former Bank of England governor Mark Carney, who suggested that the introduction of CBDCs could bring more economic activity into the “regulatory tent”.[viii] He contended that the central issuance of digital instruments offered a way for the authorities to encourage innovation, whilst holding digital currencies to the same standards as the rest of the financial system. Distilled down, the former governor’s argument appears to be that the issuance of digital currencies could make it easier for the authorities to regulate and monitor the economy, limiting the opportunity for fraud in doing so. With the dual issue of economic contraction and a fiscal black hole looming, any means of protecting consumers and clamping down on misconduct is surely welcome – particularly as new government aid packages present fresh opportunities for abuse.

Practical problems detract from the cause

Despite the pandemic having highlighted the obvious need for a shakeup of global financial systems, it has also brought some of the arguments against the issuance of digital currencies to the fore. For one thing, whilst CBDCs could help to improve the central banks’ and regulators’ oversight of the financial system, they could also destabilise the firmly established operational models of the very same institutions. Whereas Mark Carney recognised the value of a broader ‘regulatory tent’, his successor Andrew Bailey has been more cautious in his support for CBDCs. Speaking at a virtual event in September 2020, he questioned the potential impact of CBDCs on the “resilience of banking business models and funding”, citing the potential inability of banks to maintain their lending abilities if a substantial number of businesses and individuals switched their traditional bank deposits for digital currency.[ix]

Notwithstanding the arguments made by the likes of Dr Phoebus Athanassiou in favour of the issuance of digital currencies, there is a clear case that immediate and decisive action is not wise. As Martin C.W. Walker explicitly states, “creating CBDCs because of fear of Facebook or China is not a sensible basis for a central bank policy.”[x]

Whilst CBDCs could in time help to prevent cash-hoarding behaviour and give institutions more control in the event of a run on the banks, the transition to digital currencies could in fact have the opposite effect. Any prolonged period of crisis (such as that caused by Coronavirus) heightens the risk of banking instability, yet this could be made worse by the issuance of digital currencies unless a robust framework was in place. When considering this issue, the Bank for International Settlements (BIS) argued that a CBDC “could allow for ‘digital runs’ towards the central bank with unprecedented speed and scale” with the public rushing to move funds away from traditional banks and into e-currencies during times of instability.[xi] COVID has shown that change is needed, but not at the cost of our well-rooted financial system.

Outside the realm of banking models, further concerns have arisen from the parallels drawn between cryptocurrencies and CBDCs. Despite the belief of some that bitcoin and other cryptocurrencies are an equity safe haven in times of stock market instability, 2020 has seen BTC trade as low as $4,000 in March 2020 through to $40,000 plus in January 2021. Quite conversely to the suggestion that bitcoin can act as a hedge against instability, these extreme price fluctuations are exactly why some scholars consider its volatility should rule it out as a safe haven asset.[xii] To return to the point, few would contend that properly regulated CBDCs are in any way as volatile as mainstream cryptocurrencies. It is in fact the differences between cryptocurrencies and CBDCs that perhaps make the latter less appealing, particularly in terms of privacy and data security which have entered the public consciousness in a big way. By its very nature, a CBDC would leave a digital footprint – something that users of cash and cryptocurrencies may wish to avoid. With the public’s grasp of data usage and mass surveillance growing at pace, it’s worth questioning whether a digital currency that could allow governments to track every payment would receive widespread support.

COVID and digital currencies – the verdict

With these arguments in mind, we arrive at something of a crossroads for digital currencies. The COVID-19 pandemic has shown the need for change across many areas of society including our approach to payment instruments, but the adoption of CBDCs is by no means a perfect solution.

That being said, there is considerable interest in blockchain technology from major central banks as illustrated by the considered comments of BIS and two Bank of England governors cited in this article. As discussed in previous blog posts, operational issues presented by blockchain technology do present something of a barrier to its implementation, but there is also a lack of consensus between some of this theatre’s biggest actors. Canada’s central bank, for instance, has expressed deep concerns about the potential erosion of fiscal control should CBDCs be introduced, whilst the European Central Bank remains unconvinced about the ability of state institutions to compete with private companies such as Facebook and its Diem coin.[xiii]It’s also important to note that the arguments raised for and against CBDCs are not particularly novel. These are not new issues or solutions – but they have been magnified by the pandemic.

In all, the issuance of digital currencies raises a lot of complex questions and it’s safe to say that radical change is not on the agenda for most banks in the immediate future. What can be said, though, is that the barriers to alternative payment adoption have been broken by the pandemic and we can certainly expect further developments in time.

If you believe that Blockchain-based solutions could be useful to your business, or if you want to learn more, contact our expert team by emailing info@blockchainlegalconsultancy.co.uk

[v]Van Doremalen, et al. ‘Aerosol and surface stability of SARS-CoV-2 as compared with SARS-CoV-1’. The New England Journal of Medicine, 2020.

[vi]Athanassiou, P. The Coronavirus outbreak and the case for centrally-issued digital cash. Butterworth Journal of International Banking and Finance Law. May 2020.

[viii]Carney, C. The Future of Money. Speech given to the inaugural Scottish Economics Conference. 2 March 2018.

[ix]Bailey, A., Reinventing the wheel (with more automation). Speech given to the Brookings Institutions. 3 September 2020.

[xii]Smales, L.A. Bitcoin as a safe haven: Is it even worth considering? Finance Research Letters. September 2019

This article is intended to give you an overview on this interesting topic to the best of my knowledge. Whilst I endeavour to ensure that all information I provide is correct and updated, no warranty, express or implied is given as to its accuracy.

Is there potential for blockchain in international trade?